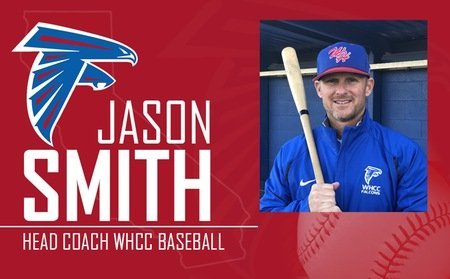 Smith has served as assistant coach at Fullerton College since 2015 and as interim head coach last year. He helped guide the Fullerton 2016 team reached the CCCAA Super Regionals.

Besides Fullerton, Smith served as associate head baseball coach at Irvine Valley College from 2004 to 2010, where IVC also made the Super Regionals twice.

While at IVC, Smith coached Blue Wave 18U Connie Mack teams for several years, his 2011 team won the Under Armour Southwest Championship that year.

“Jason Smith is one of our most respected coaches, especially at the upper levels,” Blue Wave GM Steve Kruse noted. “He will be an exceptional head coach at the college level.”

From 1995-2002, Smith coached at his alma mater Chapman University, serving as assistant coach and recruiting coordinator. He helped Chapman reach the postseason five times, including the NCAA Division III World Series in 1997 and 2001.

Another player and fellow Blue Wave Coach Chris Jakubauskas (undrafted) reached the major leagues as a pitcher for the Mariners and Orioles.