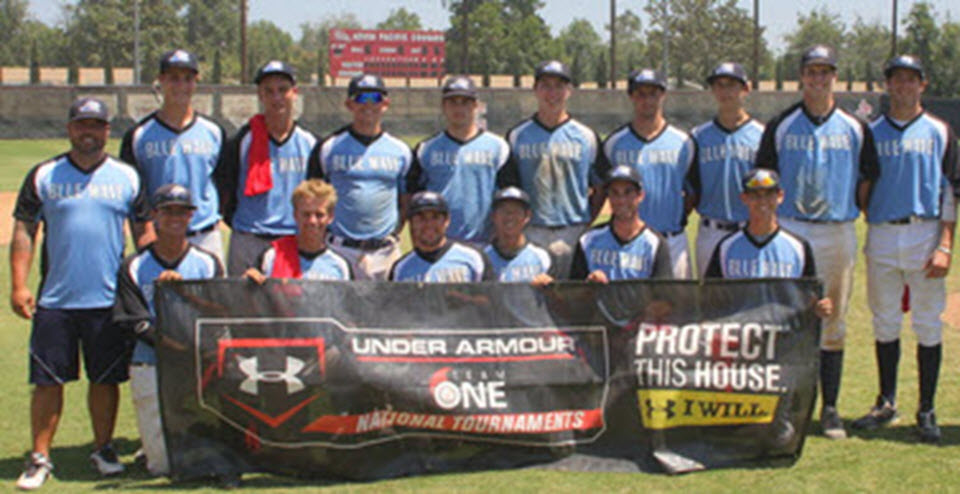 Established in 1996, Blue Wave is one of the oldest club baseball organizations in Orange County. Blue Wave teams have played more than 8,000 games over the years and won more than 150 tournaments, 12 national championships, and have been ranked on multiple occasions over the years.

On top of the above, former Blue Wave players and coaches have also gone one to coach at local high schools, colleges, and the pros, including:

Building on this foundation, Blue Wave now fields 11U through 18U club youth baseball teams based in Irvine, CA, at the Orange County Great Park and train and play on a regular basis in some of the top local, regional, and national tournaments and showcase events.

All Blue Wave teams are professionally coached and managed by some of the leading trainers, coaches, and administrators in Southern California.

Blue Wave provides beginning, intermediate, and advanced baseball instruction and training for players that want to take their game to the next level and stay one step ahead of the competition for youth All-Star, high school roster, college, or professional baseball opportunities.

Blue Wave’s formula for success in developing ball players at any level is based on the following directives: 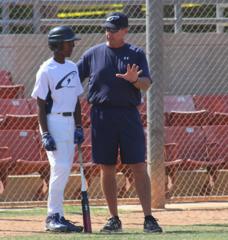 Blue Wave has been fertile proving grounds for coaches in Southern California as well, producing many notable high school and club coaches as well.

As they say, “practice makes perfect.” And, Blue Wave lives by these words with twice-weekly practices for pre-high school (11U-14U) teams, one practice typically is focused on hitting and the other on fielding.

Though consistent practice is the most important element for any team, the “game is the thing” and no one plays more consistently than Blue Wave teams, which play a minimum of two tournaments a month (or league games on weekends) to average of 6 to 8 games per month, more if possible.

PLAY AGAINST THE BEST

All Blue Wave teams play in highly competitive Spring, Summer, and Fall/Winter leagues as well as local, regional, and national tournaments throughout the year.

Most Blue Wave youth club teams travel for MLB Spring Training games in March and some Blue Wave 12U teams travel to Cooperstown New York in the Summer to compete in week-long tournaments there.

How We Do It

Blue Wave is focused on individual and team development by providing beginning, intermediate, and advanced skills training at twice-weekly practice sessions, then reinforce what players learn in practice during live game situations – all on a regular and “consistent” basis.

Besides consistent practice/training sessions and regular game play against top competition, Blue Wave’s winning formula is based on age group and “having the right coaches at the right time” to move players up the ladder of success. 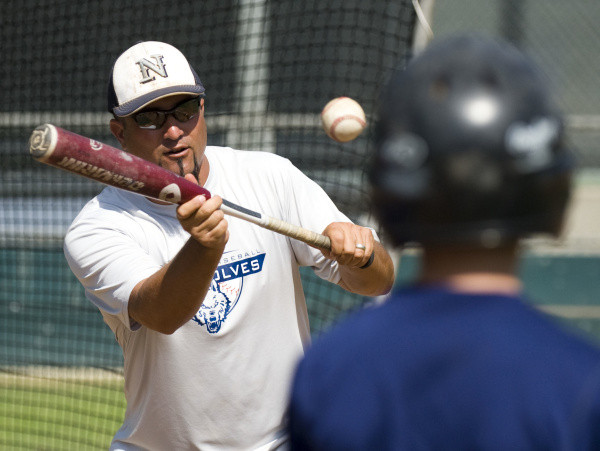 For example, the 10U and 11U age levels are considered “Club Baseball 101” years where coaches work on the basic fundamentals of the game – such as base stealing, holding runners, cutoffs, and pick-off plays.

Typically, 10U and 11U players start at the “AA” or “AAA” level of play, where they make as many mistakes as they do plays. Besides just learning the fundamental skills required to catch, throw, hit and play the game, for many of them this is their first experience with playing for coaches that demand more discipline and a higher level of play from them.

LEARN TO PLAY THE TEAM WAY

By the time players reach the 12U age group, Blue Wave teams compete at the AAA to Majors level, which is the top competition classification for club and travel teams. This is also the age where players begin to play in some national travel events.

At 13U and 14U, Blue Wave focuses on preparing players for their first year of high school baseball. At this age level, most Blue Wave coaches also coach at local high schools, such as Mater Dei, Northwood and others in the Irvine area, many of the same schools that the players will be attending. 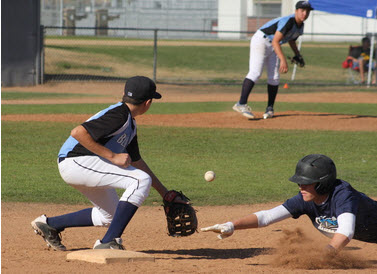 By the time a Blue Wave player steps on a high school field for the first time, most have had from 8 to 18 months of practice and game play at a 9th grade (freshman) level. They practice with high school coaches at high school facilities as 7th and 8th graders.

As a result, Blue Wave has one of the most successful high school prep programs in Southern California – 95% of the players make their high school teams as incoming freshmen.

Once players enter their high school years, Blue Wave gives them the advanced skills and training at the 15U and 16U levels to keep its players one step ahead of the competition for starting positions on the high school varsity team, as well as some of their first looks from college recruiters and scouts.

By the time players make a Blue Wave 17U or 18U team, they are well groomed to enter their “recruiting years” for college scholarships and, on occasion, for professional opportunities. At these ages, Blue Wave participates in top college showcase events and works with leading recruiters from across the nation to place players that are in their last year or two of high school.

More than half the players on Blue Wave 18U teams find collegiate and professional playing opportunities each year.