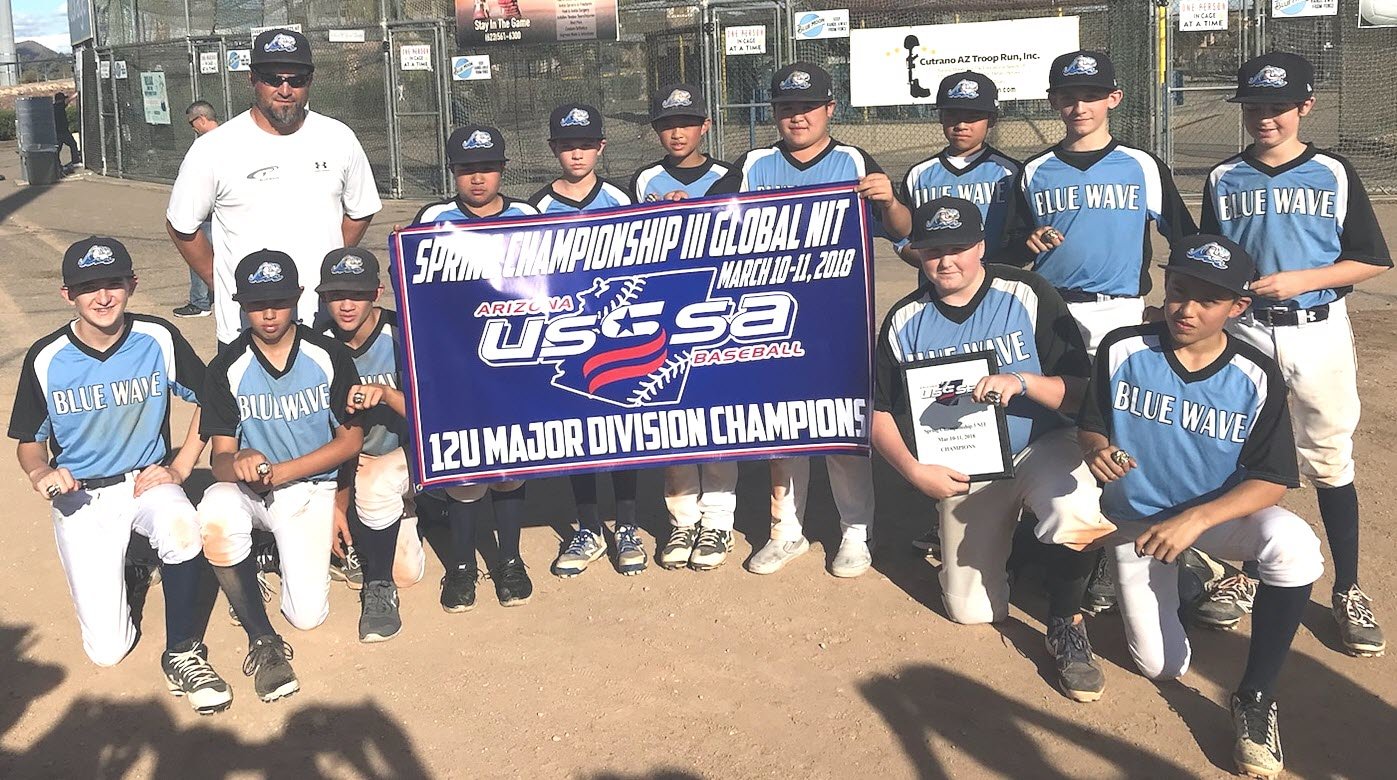 Blue Wave opened the tournament on Saturday March 10 with a 10-2 win over Scottsdale Dirtbags, then defeated Swarm Baseball 11-3 in the final pool game to earn the No. 1 seed going into the playoff round.

In a rematch Sunday in a semi-final game, Blue Wave 12U defeated the Scottsdale Dirtbags 13-3, then beat the AZ Grizzlies BBC Teal team 5-3 in championship game at Victory Lane Park in Glendale.