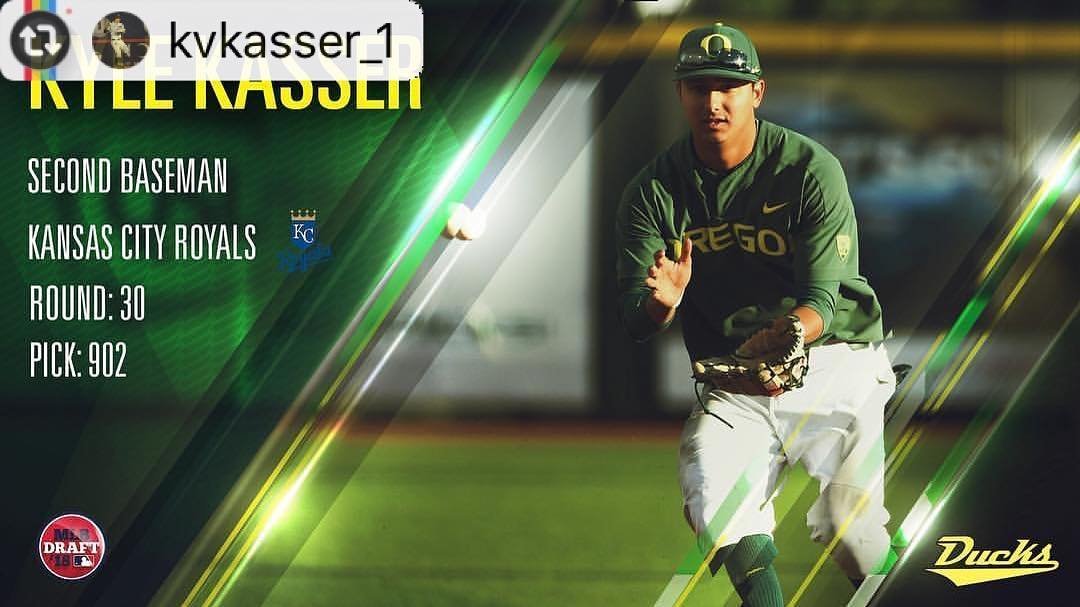 Former Blue Waver Kyle Kasser was drafted by the Kansas City Royals last week in the MLB 2018 draft.
Kasser, a graduating senior from the University of Oregon, was picked in the 30th round, the 902nd overall pick overall.

“We are extremely proud of Kyle, he is a great player, student, and an outstanding young man,” Blue Wave GM Steve Kruse noted. “He is one of the most reliable and consistent players that have ever played for Blue Wave.”

Kasser played for Blue Wave and his mentor, Coach Rich Pohle, during his high school years, as well as playing for Bea Olinda High School.

The Ducks’ four-year letterman finished his career with a .299 batting average and 178 hits, fifth-most all-time at Oregon, in 185 games.

A first-team All-Pac-12 pick as a junior and honorable mention selection as a senior, Kasser is one of 10 finalists for the Senior CLASS Award. He set a modern-era record batting .352 in 2017 before hitting .278 as a senior.

Kasser is the 12th Oregon infielder drafted in the history of the program, and just the fifth in the modern era.

During his career at Oregon he started games at all four infield positions with 56 starts at second base, 52 at first base, 29 at shortstop and 13 at third base. He finished his career starting 110 consecutive games, the third-longest streak in school history.