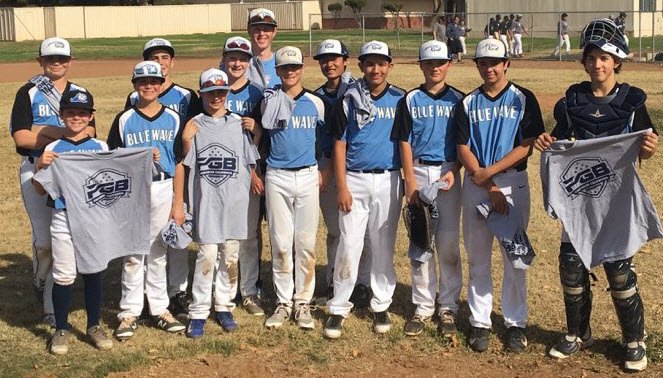 Blue Wave 14U came from behind in three of their five games this weekend (JAN 13-15) to take the PreGame Baseball MLK Classic tournament at West Covina High School.

Blue Wave 14U opened the tournament on Saturday (JAN 13) morning with a 3-2 walk-off, come-from-behind win over Beach Baseball, but cruised by No Regrets 9-0 in the second game that day.

“It was a total team effort,” Coach Carrig noted of his team’s 4-0-1 record in the tournament.