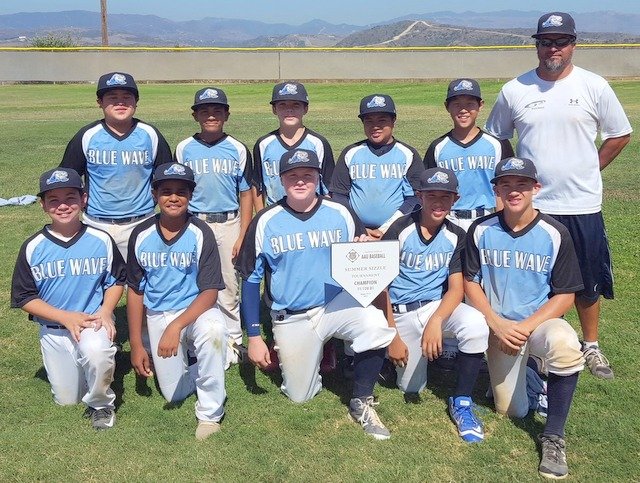 Blue Wave 11U added another championship to its 2017 record by taking the SoCal AAU Summer Sizzle 11U/12U combined title at Steed Park in San Clemente this weekend (AUG 12-13).

Blue Wave opened the tournament Saturday by defeating the Encinitas Juice 8-2, then beat the LA Rockstars 9-4 for the final seeding game. Seeded 3, Blue Wave sent the Las Vegas Rebels home early with a 5-0 shutout to earn a shot at the Division 1 title against the No. 1 Seeded Stars & Stripes Red team, which they defeated 6-1 for the championship.