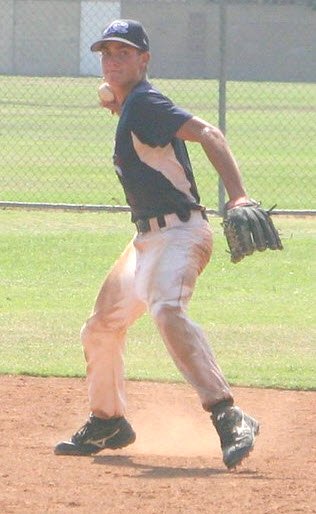 According to MLB.COM, “The Yorba Linda, California native served as the Los Angeles Dodgers minor league hitting coach the last three seasons where he worked with Farhan Zaidi, the current Giants President of Baseball Operations and Kapler.”

Viele coached with the Dodgers and “slated to be the teams hitting coordinator this year.” Viele was the hitting coach for the Class A Great Lakes Loons in 2019 and served in the same capacity for the Class A Advanced Rancho Cucamonga Quakes the year before.

Viele played for Blue Wave during his high school years at Esperanza where he was a four-year varsity and one of the top infielders in Orange County.

“This is quite an accomplishment for a 29-year-old, but it was always obvious Justin was going to succeed in whatever he did,” Blue Wave GM Steve Kruse noted. “He was always willing to play a game anywhere at any time with any of our teams no matter how bad or good they were.

“That’s because baseball is the greatest joy in my life, always has been,” Viele responded in talking with Blue Wave.

After his high school and Blue Wave days, Viele was a four-year starter for the Santa Clara University Broncos from 2009-13, where he later returned to his alma mater as an assistant coach for the 2016 season.

As a player at Santa Clara, Viele started in 186 games including 161 consecutive starts playing middle infield, primarily at shortstop. He collected 161 career hits, scored 110 runs and drove in 51 runs before graduating with a degree in sociology in 2013.

Viele was drafted in the 37th round draft pick in 2013 by the Baltimore Orioles, where he played two years in their minor league system and became an assistant coach, at age 24, in 2014 with the Frederick Keys, a Class A affiliate of the Orioles.