Blue Wave Baseball is based at Golden Valley High School and focused on developing high school and collegiate players.

At the present time we are developing teams and details for high school players  for summer showcase and tournaments that will be posted on this page soon.

A program for 7th and 8th graders is also under development to kick off in the summer and following fall. 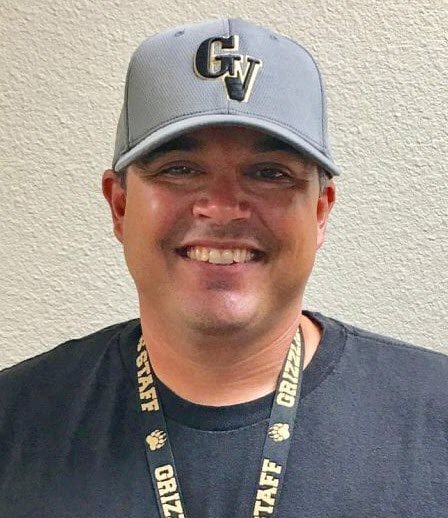 Soto has coached both baseball and softball from tee-ball to collegiate levels since 1996 and has worked with countless Division 1, Division 2, and NAIA Baseball/Softball players and programs.

He coached at Venice High School and was head coach when their Girls Softball team won CIF championship in 2012.

He played his baseball years in high school at Venice High School and Santa Monica College. Coach Soto is PE instructor at Golden Valley High School and continues to train both baseball and softball players in his spare time. Married and wife Jacquelyn have two sons, Jackson and Julian.

“I pride myself on my knowledge of the game and my ability to teach the skills required to succeed,” Coach Soto emphasized. “I specialize in hitting and fielding both infield and outfield.”

Soto will oversee all Blue Wave teams in Santa Clarita, starting with 12U, 13U and 14U boys club teams. The Blue Wave 14U team played its inaugural season at Golden Valley High School this Fall.

“Coach Soto is the perfect person to spearhead our efforts in Santa Clarita,” Blue Wave GM Steve Kruse said. “His rare experience of success in both boys and girls coaching make him a natural fit for Blue Wave.”

Kruse noted that Blue Wave Athletics is a non-profit that works in partnership with local athletes, parents, and schools to provide optional advanced baseball/softball training focused on developing players for high school, collegiate, and beyond.