Though playing shorthanded this weekend (May 19-20), Blue Wave 12U captured their third consecutive Xtreme Diamond Sports 12U D1 tournament title with a 10-2 win over MVP Hustle Prieto, an 11U team that made it all the way XDS May Mash championship game playing against some serious competition.

Blue Wave opened the tournament Saturday (May 19) with a 4-4 tie with the Los Al Combat, then got by EBA with an 8-7 win to earn the No. 6 seed and last spot in the D1 Gold Division championship round on Sunday (May 20).

After defeating the BC Prospects in the first game Sunday, Blue Wave 12U then beat the Bakersfield Outsiders 9-0 in the semi-final to advance to the championship game against the MVP Hustle, which were co-hosts of the tournament that featured 18 of the top local teams in the age group. 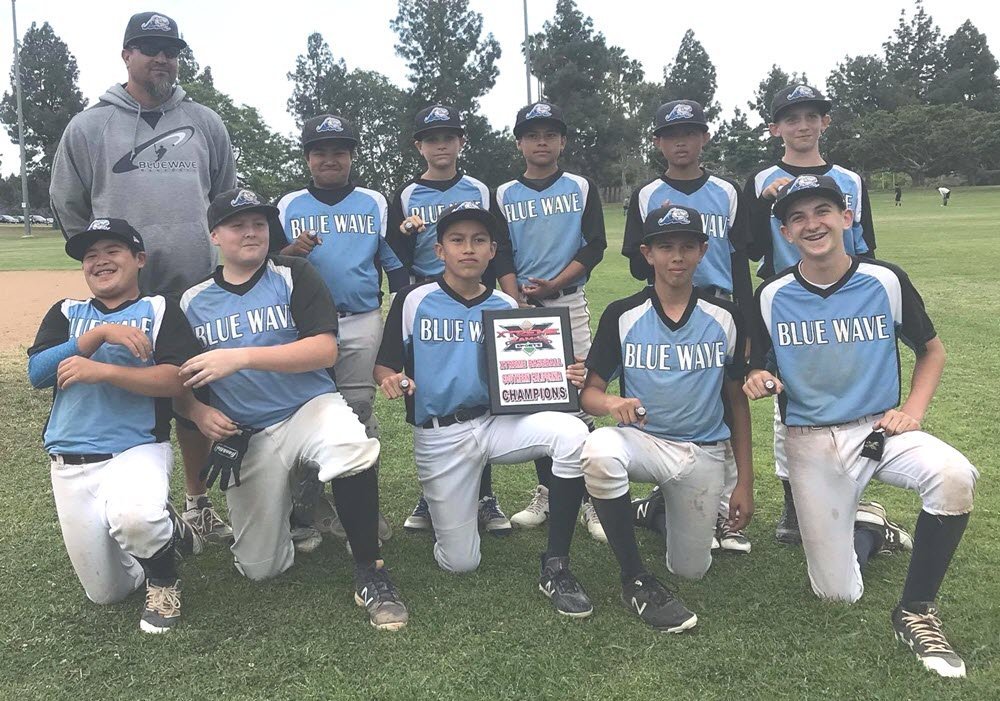