Blue Wave 16U is for incoming high school freshmen (grad year 2024) that want to play extra games and selected local showcase events during the remainder of summer, Fall, and Winter months until players begin regular CIF games at the end of the year.

There are no mandatory practices for this team as most players have high school practices and games during the week. Optional team hitting sessions on Thursdays are available.

Otherwise, the team will start playing single USA Premier League games starting in July and August and in the Fall at the OC Great Park in Irvine as well as selected local showcase tournaments as scheduled and available.

This team is coached by Aron Garcia (see adjacent profile) and will carry 12 to 15 players for games and showcase events depending on pitching.

All players pay a $100 Fall Season Team fee to cover admin and operations costs. Players also pay for a cap and shirt if needed. 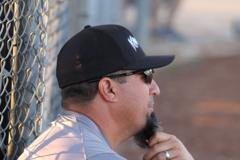